“The father of all Syrians has left us.” Those were the words used on Syrian national television to announce the death of Hafez Assad on June 10, 2000, a sweltering summer day in the Syrian capital of Damascus. I was just nine years old, but I knew this was something big – and I was terrified. I ran to my uncle’s house across the street to find my cousin. She was on the first-floor balcony, so I called to her from the street: “He died, he died, Hafez Assad is dead!” My cousin, who was a little older than me, quickly ran downstairs to put her hand over my mouth. She didn’t believe me until I told her to turn on the TV and see for herself. The only way to describe how we felt in that moment of uncertainty – after three decades of Hafez Assad as president – is that Syrians were afraid of what the future might bring. Hafez Assad had served as president of Syria since 1971 and was responsible for establishing an authoritarian government under the control of the Ba’ath Party. He had held many important positions in government – the last as minister of defense – before seizing power himself in 1970, when he toppled President Salah Jadid and appointed himself the undisputed leader of Syria.

Hafez locked Salah Jadid away in the Mezze Prison in Damascus, where Jadid remained until his death in 1993. To Syrians and the outside world, the coup seemed calm and bloodless and the only evidence of change was the disappearance of free newspapers, radio and television stations. After that, all media was controlled by the state.

Do you want to know more? Read the full story of ‘Fear came with Hafez Assad’ on Zeit Online in English and German. 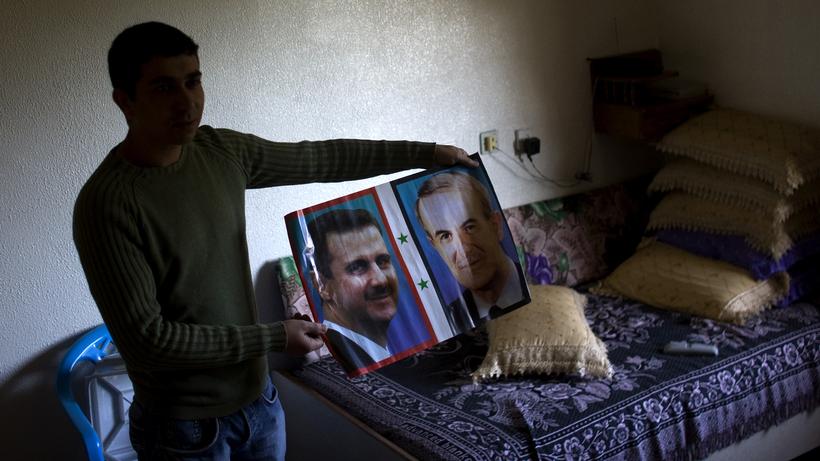 A man holds a picture of Bashar al-Assad and his father Hafez al-Assad (2010). © David Furst/AFP/Getty Images

About the Author: admin